Hate has no place in Richmond 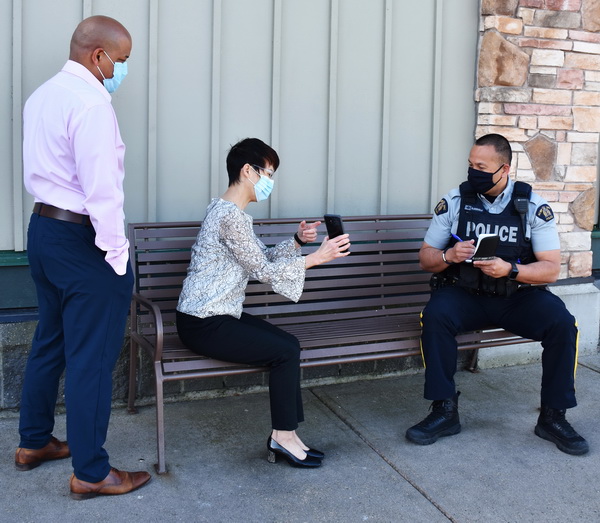 On March 31st, Richmond City Council declared, Racial and discriminatory actions have no place in Richmond, and they have no place in our society.  In the media release from that day, Mayor Malcolm Brodie stated, The City of Richmond does not tolerate hateful nor racially motivated behaviour. We acknowledge such attitudes unfortunately exist and are in direct contradiction to the spirit of inclusion we uphold.  We must stand together to address and condemn all forms of discrimination and racism, said Mayor Brodie.

For several months now, the Officer-in-Charge of the Richmond RCMP, Chief Superintendent Will Ng, has repeatedly stated, Hate has no place in our community. I want to reassure the public that any investigation with potential hate motivated undertones will be given our fullest attention and oversight, said Chief Superintendent Ng.

Today, Richmond RCMP advises that during the month of March 2021, police received seven reports of incidents involving apparent racial undertones. Three of these are still under investigation as hate crimes. They involve allegations that hate is a motivating factor during the commission of criminal offences. Each investigation is unique and complex, and the victims are of various ethnicities.

Of the seven reports involving allegations of racial-hatred in March, four did not involve a criminal offence, so they are not considered to be ‘hate crimes.’ Richmond RCMP refers to these as ‘hate incidents.’

There are specific hate offences in the Criminal Code which include promoting genocide and inciting hatred, which includes the distribution of hate propaganda, but most of the incidents being reported to police are not hate crimes, said Corporal Ian Henderson of the Richmond RCMP. When a person makes a racist, homophobic or other abhorrent comment at a stranger, it is not a criminal offense, and typically police are unable to pursue a criminal investigation much further, says Henderson.

Still, Richmond RCMP recognizes the negative impact that both ‘hate crimes’ and ‘hate incidents’ have on our community, and their investigations into these allegations are receiving the fullest attention and oversight.

During the summer of 2020, Richmond RCMP updated its guidelines for hate crime and hate incident investigations, and all frontline officers received training to ensure adherence to these updated guidelines. Richmond RCMP uses a multifaceted approach to these investigations that not only meets federal and provincial policy guidelines, but also recognizes public expectations in the unique and culturally diverse community in which we serve.

Over the past year, Richmond RCMP has also engaged a number of initiatives aimed at promoting inclusion and tolerance while encouraging victims of hate motivated incidents to speak out. These include the creation of the Diversity Unit, which works with various community partners to recognize the cultural diversity of our City while promoting acceptance, inclusion and tolerance. As part of the Richmond RCMP Community Engagement team, the Diversity Unit has access to a variety of resources including Victim Services, Block Watch and other volunteer programs, which play an important role in victim resilience and recovery.

In collaboration with the City of Richmond, Richmond RCMP also launched a Hate has no place poster campaign which encourages victims to call police. In order for police to deal effectively with hate crimes and hate incidents, we need to know when they happen, says Henderson. We also need people to call us before posting video of hate crimes or hate incidents on line. In order to conduct a fulsome investigation, we need the best evidence available, which means we need the raw, unaltered video, and we need it quickly so we can identify and locate the suspect quickly, explains Henderson.

In addition to a fulsome criminal investigation into all allegations involving racial undertones, Richmond RCMP is taking the additional step of reviewing each case to determine whether mental health factors may be involved.

By factoring in a mental health consideration, and by consulting with our local partners in the mental health field, we are opening the door to additional avenues and resources aimed at preventing further racially motivated incidents from occurring in our community, says Henderson.

Vancouver Coastal Health is also encouraging people to reach out for mental health services. Anyone of any age can call 604-204-1111 to connect with the VCH mental health teams that support children, youth, adults and older adults in Richmond. People can also look through VCH program listings at vch.ca/richmondmentalhealth

Cpl Henderson says, If you are, or know someone who has been, a victim of a hate crime or hate incident, there are several police and mental health resources available to help you cope. Hate has no place in Richmond. You just need to make the call.

When asked if the year-long pandemic was the main cause of the recent racially motivated incidents in Richmond, Henderson replied, I really can’t say. But if you are frustrated or having difficulty dealing with the stresses in your life, reach out before you lash out. Hate has no place in Richmond.