The Adventure of a Lifetime

B.C., International Policing, This Is Who We Are

I knew I wanted to join the RCMP after going on tour of Depot in Regina when I was 14. It would be another ten years before she went back to Depot, this time as a recruit, but since graduating, Chief Superintendent Maureen Levy has had a storied career that has not only taken her across Canada and to remote communities in the North, but around the world.

I may not have come from an affluent family, but what I remember is just how generous people were with their time when I was growing up. That to me was a big influence, said C/Supt. Levy, Lower Mainland District, Assistant District Commander. I’m an introvert, but I challenged myself, met people from all over the world, went to vulnerable communities, and wanted to help make life better for those who needed our help. 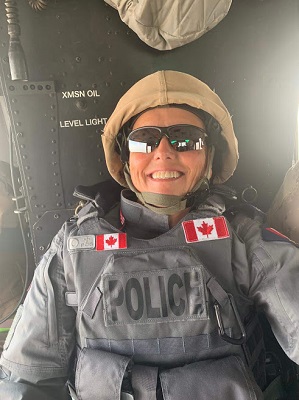 In September 2018, C/Supt. Levy headed to Baghdad on a Peacekeeping Mission for what she calls the highlight of her career. C/Supt. Levy was deployed to Iraq as part of the Combined Joint Task Force – Operation Inherent Resolve (CJTF-OIR), a seventy-four member International Coalition created with the goal to defeat Daesh. She was in a dual role capacity as both the Canadian Police Contingent Commander and the Chief Gender Advisor. Her role would focus on gender diversity and equality within the Iraqi policing universe writ large. She also routinely liaised with the United Nations, the European Union, numerous embassies, NGO’s, and the Ministry of Interior (MoI) for the Government of Iraq which oversees all policing services, and had the privilege to visit and instruct at numerous Iraqi Military Bases to help the Iraqi Government create a more secure and stable country for all of their citizens. 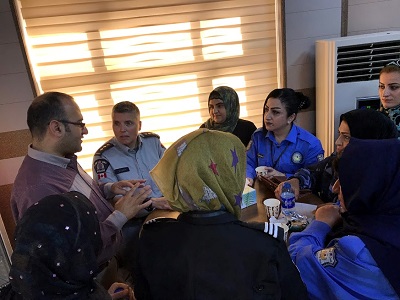 One of the overarching goals of the mission was to help Iraq to become a place where there could be sustainable peace, after the country had struggled through years of war and oppression. In order to achieve peace, it was necessary to get all key stakeholders, and those with a vested interest, at the same decision making table, and included having a voice for Iraqi female activists. This is where C/Supt. Levy came in. Her role was to increase female representation within the Iraqi policing universe, educate the Senior Leaders of the MoI of the operational benefits of having a more diverse and inclusive police service, including how women in key leadership roles can affect positive change and build trust amongst the communities they police and serve in.

Prior to being deployed to Iraq, C/Supt. Levy travelled to Ottawa and underwent the intensive International Peace Support Operations Training (IPSOT) Program. This training focused on the health and safety of those deployed abroad and included mitigation strategies in order to adapt and remain healthy in a foreign environment where the comforts of home, including family, were far away. 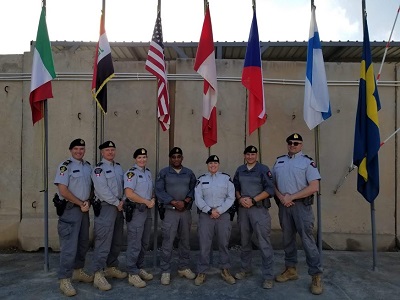 This was C/Supt. Levy’s first deployment abroad and it had been on her bucket list since she was a young constable performing front line duties, and she calls this humbling time in Baghdad the pinnacle of her career. She has always wanted to give back to those less fortunate than she was and continues to be up for an adventure.

Originally from Nova Scotia, C/Supt. Levy joined the Mounties in 1988, after graduating from Dalhousie University. Her first posting was in McLennan, in northern Alberta, followed by Red Deer Detachment. Her innate adventurous spirit took her to the Canadian Arctic in 1995 and she performed front line policing duties both in Rankin Inlet, and Pangnirtung in what is now Nunavut and then transferred to Aklavik, NWT where she was promoted to Corporal as the Detachment Commander. These were fly in postings and having served in the Canadian Arctic unknowingly helped her adapt rather quickly once deployed to Iraq.

The highlight of her time as part of this deployment was a trip to Rome, Italy where she was invited to speak at a Women’s Peace and Security Conference celebrating International Women’s Day in March of 2019. While in Rome she met an ISIS survivor who had been held hostage for three years. Hearing her story was a profound moment for C/Supt. Levy.

It was humbling to hear Lamiya Haji Bashar talk candidly about her captivity, the fact that she had no malice in her heart and all she wanted was justice versus revenge. This was the ‘TSN turning point’ for me, remembers C/Supt. Levy. All too often we get caught up in things that have little consequence and we all need to remind ourselves that if we truly care about what we do, how we should treat people, and not worry who gets the credit, that if we work towards the collective good, then there is nothing that we cannot achieve and kindness and generosity of spirit goes a long way! 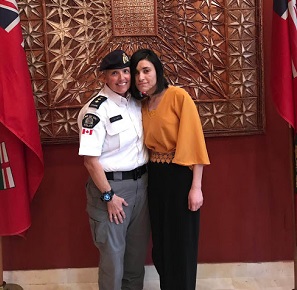 According to C/Supt. Levy, when working in a country that suffered through ISIS, terrorism, war, and oppressive regimes, we asked them what changes they would like to see, and asked how can we help - not tell them how we can fix things for them! 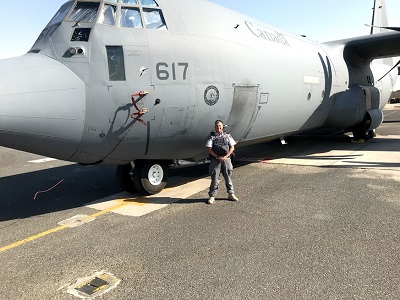 To be a part of an International Peace Support Operations requires the type of person who genuinely wants to help those in need, someone with a sense of adventure who will laugh at themselves, who is self-sufficient. The experience can be isolating and daunting but as C/Supt. Levy reflected, this was the most humbling, rewarding, and life altering thing I have ever done.

Visit our website for more information on the RCMP and Peace Operations.