Under the Official Languages Act, this office provides services to the public in English only. You will find general information in both official languages at bc.rcmp.ca and www.rcmp.ca. This page is available in both English and French because it is also posted on bc.rcmp.ca.

After spending nearly 15-years serving Canadians in British Columbia with the Royal Canadian Mounted Police, BC RCMP spokesperson Cpl. Jesse O’Donaghey is preparing for a move across the country to continue to serve in Atlantic Canada. 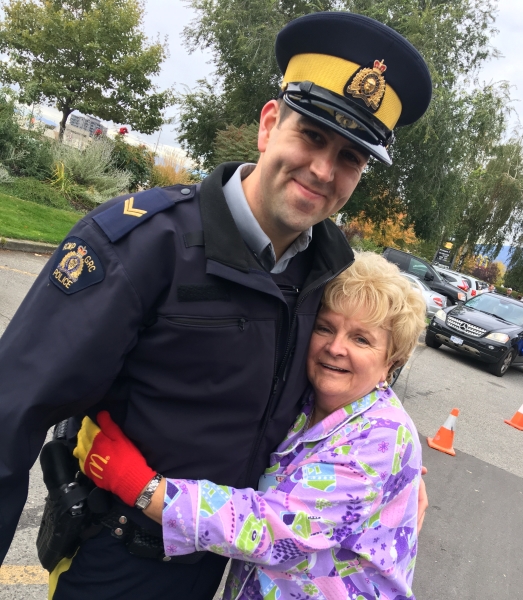 Friday July 30, 2021 will mark the final day Cpl. Jesse O’Donaghey will serve as the District Advisory NCO for Media Relations in the BC RCMP’s Southeast District, a position he has occupied for nearly 2-years. Prior to joining BC RCMP Communication Services team, Cpl. O’Donaghey served as the spokesman and communications NCO for the Kelowna RCMP, West Kelowna RCMP and Lake Country RCMP after being seconded from front line policing in Kelowna back in February of 2016. Prior to that Cpl. O’Donaghey served as a front line police officer in Lake Country BC after transferring to the Central Okanagan from Chilliwack in the BC Lower Mainland’s Upper Fraser Valley, where he started his policing career with Fraser Valley Traffic Services.

Cpl. Jesse O’Donaghey has accepted a transfer to Newfoundland and Labrador, where he will be posted to the Harbour Grace RCMP Detachment as one of their general duty Corporals. He will be serving the front lines in Harbour Grace, Bay Roberts, Carbonear and countless other towns, and harbour communities all across the Avalon Peninsula, which overlooks the west side of Conception Bay.

British Columbia, and the Okanagan Valley is home for Cpl. O’Donaghey, who was born in Calgary Alberta, but raised from the age of 8 in Penticton, where he graduated from Pen-High. Penticton is where Cpl. O’Donaghey was recruited by the RCMP.

Although BC is home for me, my spouse of nearly 15-years was born and raised in Newfoundland, and I am absolutely thrilled for the opportunity to take her back home, states Cpl. Jesse O’Donaghey. I am also overjoyed for the opportunity to work in such a gorgeous part of our country and raise my young family in a warm and welcoming province, well-known for having the some of the friendliest people you’ll ever meet.

Jesse has been a valuable part of the BC RCMP Media Relations program, says Dawn Roberts, Director in charge of BC RCMP Communications. Representing the RCMP, talking about what we do, as well as being very engaged in community awareness and charity events is why we are going to miss him so much as he heads to the east coast.