Officer Santa came to the rescue of two children stranded at YLW on Christmas Eve.

With temperatures plummeting and delays plentiful due to weather, two very independent youths aged 12 and 13 were trying to make it home to Victoria for Christmas from Alberta. Traveling alone they were headed to the Island to see their mother but their connecting flight through Kelowna was cancelled after they had already landed.

With nowhere to go, a Kelowna RCMP Officer stepped up to play Santa on Christmas Eve. He picked up the stranded kids, talked to their parents, then bought pizza and candy, and got the kids into a hotel to spend the night. He explained the situation to the hotel staff and together they got the kids settled into a room and back to the airport the next day to catch a flight to Victoria and reunited with mom on Christmas Day.

I want to give a huge thank you to your officers, said the children’s mother in a Facebook message to the Kelowna RCMP. My kids were stranded in a city they didn’t know without friends or family. Your officer got them into a hotel, settled them and even treated them to pizza and candy. As a parent I felt so helpless living in Victoria and no way of getting to them as there were no more ferries that evening. It truly does take a village and my heart cannot thank you enough for taking such good care of my precious cargo.

Our Officer showed the true meaning of the holiday season, says Mike Della-Paolera, Media Relations Officer with the Kelowna RCMP. We are very proud of the work we do each and every day, and this is an incredible story of how one of our team members went above and beyond on Christmas Eve. 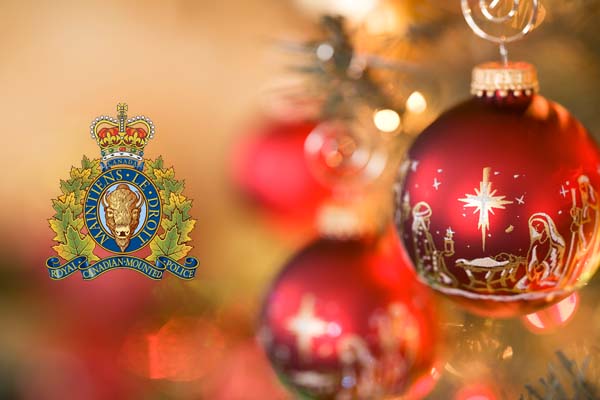