BC RCMP empowers seniors through engagement

B.C., Federal Serious and Organized Crime, This Is What We Do

As part of ongoing efforts to enhance the safety of BC communities, the BC RCMP FPPE attended the 2022 Seniors Living Expo on November 5th, and 6th, as exhibitors, with the goal of providing information and resources to seniors, for safeguarding against crime.

During the two-day event, Sgt. Raju Mitra, Cpl. Kerry Johnson, and Cpl. Vinh Ngo of BC RCMP FPPE provided seniors, their family members, and other attendees, with a variety of informational material and resources covering fraud awareness, counterfeit currency detection, seniors’ safety guides, and information regarding the Victim Services program.

Canadian seniors comprise about one-fifth of the nation’s population, with an anticipated population increase over the years as Canadian baby-boomers (born between 1946 and 1965) age over the coming years. With this in mind, BC RCMP Federal Policing has been taking proactive steps through in-person outreach initiatives, as well as a variety of online webinars that provide seniors with information and resources for safeguarding against crime.

BC RCMP FPPE works closely with numerous public and private organizations, as well as members of the community in order to engage with the general public, as well as vulnerable groups such as seniors, providing them with information and resources to help prevent becoming victims of crime.

If you are interested in knowing more about the BC RCMP Federal Policing Prevention and Engagement team’s community engagement initiatives, please reach out by e-mail at E_Federal_FPPE@rcmp-grc.gc.ca. 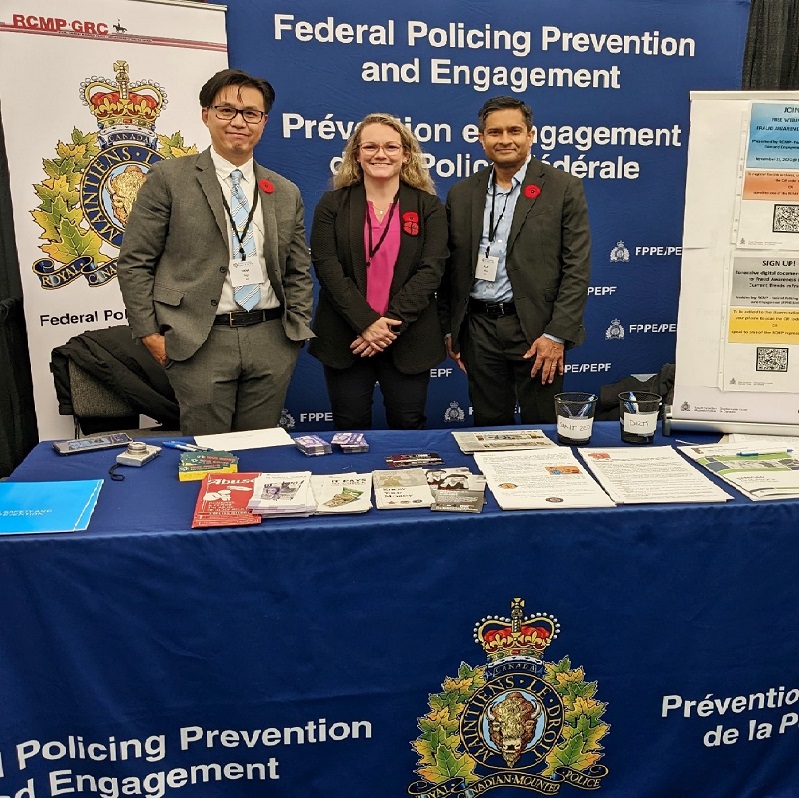