The Chiefs of the Semiahmoo, Kwantlen, and Katzie First Nations bore witness to the unveiling of their territorial flags at a special ceremony at BC RCMP Headquarters. 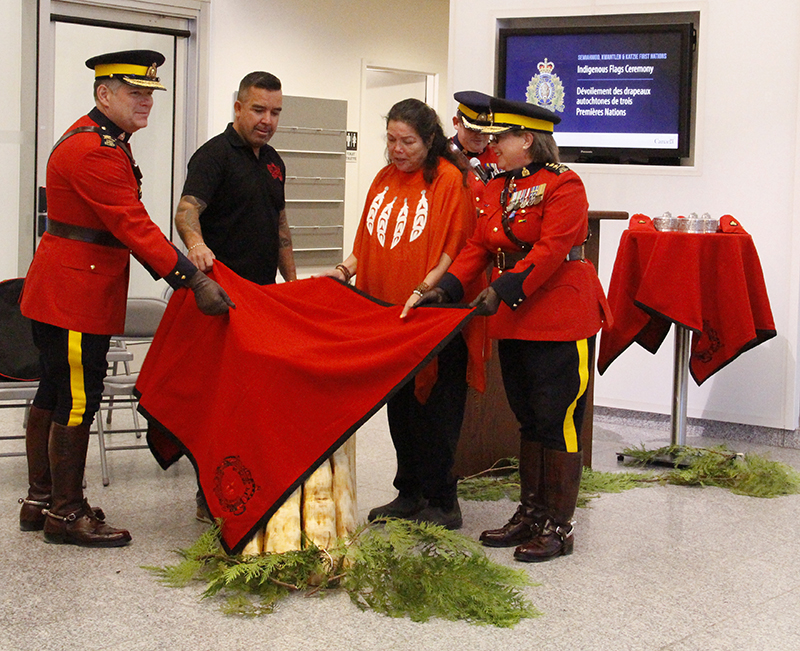 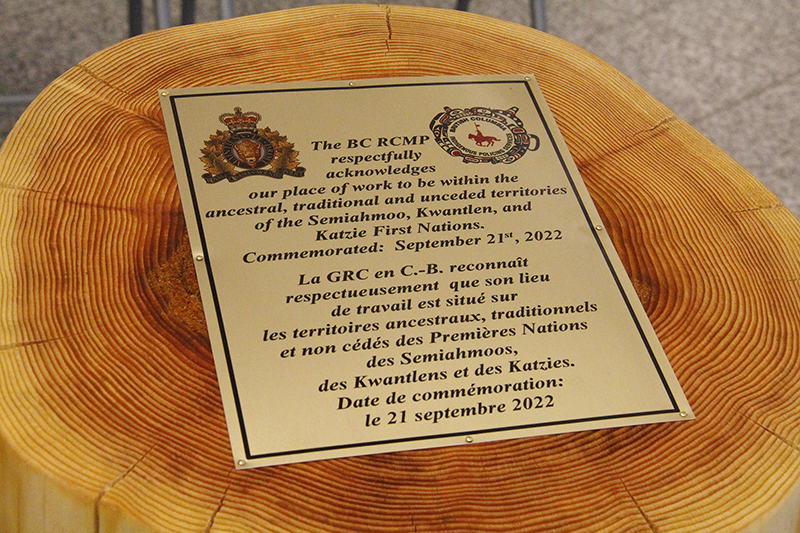 This is more than the raising of these three very important flags, says Deputy Commissioner McDonald. It’s also a symbol of the RCMP’s commitment to strengthen relationships with our Indigenous neighbours and partners through action.

RCMP Commissioner Lucki echoed that sentiment. As we approach our 150 anniversary, we are committed more than ever to advancing reconciliation and renewing relationships with Indigenous peoples.

The ceremony opened with an Indigenous prayer and the event ended with the playing of a traditional frame drum. For Indigenous people, the drum represents the universal heartbeat of Mother Earth, the universal goddess, and mother to us all.

Deputy Commissioner McDonald added, While the RCMP have made strides in welcoming Indigenous peoples into our policing environment, we acknowledge that unless we see Indigenous peoples among us, working shoulder-to-shoulder, we are not experiencing the change that must occur to foster acceptance and to embrace a new, different police force in the future. 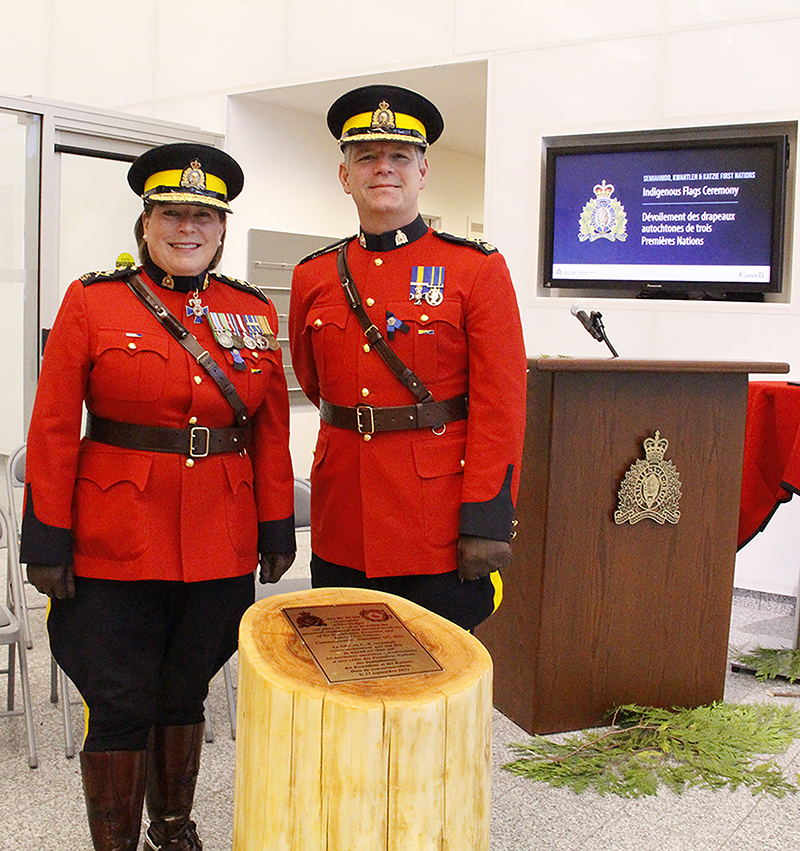 The flags are now on permanent display in the lobby of BC RCMP.