The BC RCMP is sharing new details in connection with the Sea to Sky Gondola investigation on the second anniversary of the second incident.

These new details include a thermal image of the suspect and a video depicting how a security guard narrowly escaped serious injury as the cables crashed onto the side of the mountain.

Additionally, Sea to Sky Gondola LP, the operator of the attraction, is doubling its reward money from $250,000 to $500,000 for information leading to the conviction of the individual (s) responsible.

The BC RCMP is releasing a video of the September 14 incident which shows the cables crashing into the mountain narrowly missing a security guard conducting checks on the gondola.

This video shows just how close the security guard came to being injured as he crossed by the tower and was within seconds from being hit by the cables, says BC RCMP Media Relations Officer, Sergeant Chris Manseau.

The BC RCMP Major Crime Special Projects Unit has taken conduct of the investigation and is pursuing a charge of mischief endangering life for consideration by the British Columbia Prosecution Service. Major Crime is continuing to advance the investigation with the significant work done by the Squamish RCMP General Investigations Section since the incidents occurred.

We are also releasing a photo of the suspect from the September 14 incident. Our investigators believe the suspect is extremely fit, knew the area well, and had specific knowledge about what tools to use in order to cut the cable in such a way that it would cause catastrophic damage to the gondola while protecting the suspect from harm, says Sgt. Manseau. 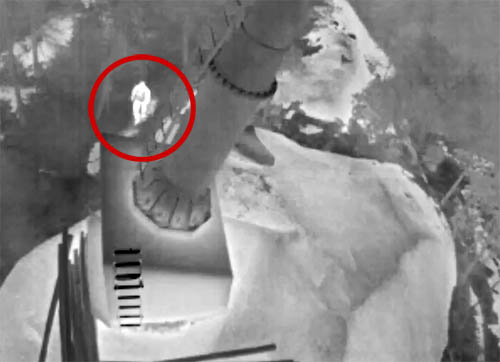 We know there are people out there, who have information that could assist police with this investigation, says Sgt. Manseau. Someone nearly lost their life and police are urging anyone with information to please come forward.

The following phone numbers are available to the public to report information: