A man has been arrested in relation to the murder of 22-year old Chelsey Gauthier of Abbotsford B.C.

On July 30, 2017, 22-year-old Chelsey Gauthier was reported missing to the Abbotsford Police Department (AbbyPD) by her family, after she had not been seen for several days. On August 16, 2017, AbbyPD’s investigation led them to a remote area of Mission near Sylvester Road, at which time the body of Miss Gauthier was discovered. The Integrated Homicide Investigation Team (IHIT) took conduct of the investigation and worked closely in partnership with the AbbyPD, the Mission RCMP, the BC Coroners Service and the Integrated Forensic Identification Section (IFIS).

Over the course of the next five years, investigators identified 62-year old Gary Losch, as a suspect in the homicide. 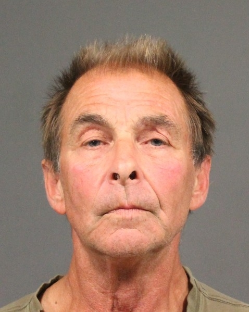 On September 9, 2022, IHIT investigators along with AbbyPD members arrested Losch for the homicide of Miss Gauthier.

On September 10, 2022, BC Prosecution Service (BCPS) laid a charges of Second Degree Murder and Indignity to Human Remains against Losch in relation to the homicide of Miss Gauthier.

Miss Gauthier was a 22-year old mother of two, says Sergeant Timothy Pierotti of IHIT. Today’s arrest and charges are a testament to the dedication of the investigating team and their partnership with AbbyPD, who worked for five years investigating this case.