Surrey trucker was sentenced to 4 years of imprisonment for smuggling 33 Kg of methamphetamine into Canada from the U.S.

On November 18, 2018, the Canada Border Services Agency (CBSA) conducted a screening of a Canada-bound tractor-trailer at the Pacific Highway Border Crossing, and discovered 33 Kg of methamphetamine hidden inside the driver’s cabin. The driver was identified as Sarbjit Chahal of Surrey, BC, and was subsequently arrested by the BC RCMP Federal Serious & Organized Crime (FSOC) Border Integrity Team. 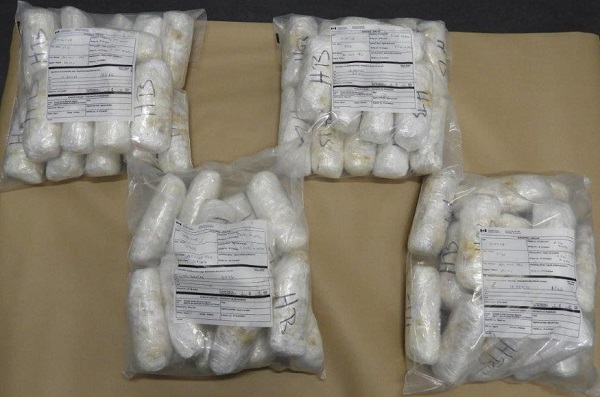 During the ensuing jury trial that commenced on November 22, 2021 and ended on December 3, 2021, Chahal took the stand in his own defence, and claimed that he knowingly committed the alleged offences while under duress after having received death threats from an individual who had asked him to act as a courier.

After deliberation, the jury convicted Chahal on both counts, and on July 22, 2022, Chahal was sentenced at the New Westminster Supreme Court to concurrently serve 4 years of imprisonment for import/export of a controlled substance, and 2 years and 6 months of imprisonment for PPT under the CDSA. Chahal was also issued a DNA order, forfeiture order, and a lifetime firearms prohibition.

We are committed to ensuring Canada’s continued security and prosperity, and the success of this joint operation demonstrates the effectiveness of the CBSA-RCMP Joint Border Strategy of detecting, preventing, denying and disrupting criminal exploitation of Canada’s borders, said Superintendent Bert Ferreira, Officer in Charge of the BC RCMP Federal Serious & Organized Crime Border Integrity Program.

With transnational organized crime posing a significant threat to Canada’s security and economy, the BC RCMP FSOC Border Integrity program continues to modernize and address complex and evolving threats posed by the trafficking of firearms and illicit drugs through continued collaboration with our domestic and international partners.

If you wish to report a crime, you may contact your local police agency, or remain anonymous by calling BC Crime Stoppers at 800-222-8477.