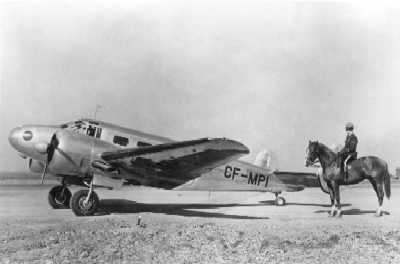 This year, the RCMP Air Services program celebrates its 85th anniversary. It was in 1937 that the RCMP received its first aircraft.

The first unofficial use by a member of the force occurred in 1921 when Sergeant H.T. Thorne, after having spent weeks delivering a prisoner to Edmonton returned home in only days by catching a flight back to Fort Simpson, NWT with Imperial Oil. From this point on whenever the force required air transportation they would turn to the private sector or the Department of National Defense.
It was in 1936, after covering 11,000 miles during a month-long coast to coast inspection flight using a leased aircraft, RCMP Commissioner James MacBrien, who had a keen interest in aviation as he had been a private pilot and a former director of Canadian Airways, become convinced the RCMP could no longer depend on others. And so in 1937, the RCMP Air Services was official created, with the training of six new pilots. 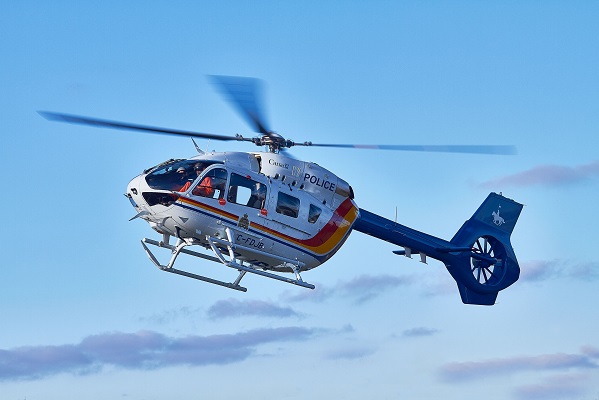 Air Services is a vital connection to many of the rural areas of BC. There are detachments that can only be accessed by plane or boat. There are officers that are based out of the southern region of BC but work in the northern region.

Air Services has centralized operations in the Lower Mainland, Southeast district, and North district that need Air Services if a situation were to occur. Due to the expansiveness of BC, Air Services are needed to connect the province and deal with issues in a timely manner. The Air 1 helicopter is considered a patrol vehicle in the sky. Air 5, the latest addition to the fleet, is an H145 twin-engine helicopter. This allows for greater operational capability and safer operations for over water flights, mountainous terrain, urban areas and during nighttime operations. It also provides expeditious and efficient airborne transportation for ERT police officers and equipment throughout the province.

With many investigations being time sensitive, having certain teams and units bases out of the Lower Mainland, without access to the Air Services fleet, could be jeopardize the outcome of those investigations.

BC RCMP Air Services consists of 10 aircrafts around the province:

Sean Luck with Vancouver Air Services was a commercial pilot for 28 years, with over 14,000 hours of flying experience. He was hired as a civilian pilot and then trained by the RCMP to fill the role as an RCMP Special Constable and an RCMP Pilatus pilot.

One of the biggest investigations he was involved in in his career with the RCMP was the Northern BC homicides. I was extremely impressed with the resources and management of moving personnel back and forth from those areas in Northern BC. Both the Vancouver and Prince George Air Sections were running steady every day for a 2-week period moving personnel back and forth that were involved in the man hunt and investigation.

Based in Prince Rupert is the only RCMP Amphibian aircraft in the entire country. This is an important resource in BC because many rural villages and coastal communities the RCMP serve are only reachable via boat or aircraft. Because the northern area of the province is so vast, a fixed wing aircraft is also much better at covering a large distance in a timely matter than a helicopter. The floats give an extra layer of safety making much of the area we fly over a continuous landing surface. 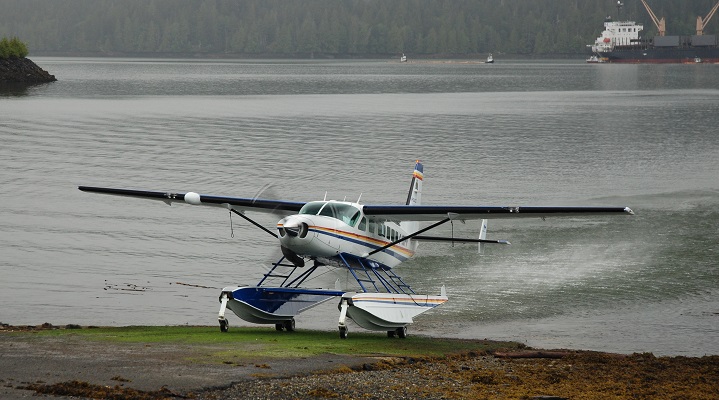 Francois Longpre has been flying for over 20 years and speaks of the partnership with other police units and provincial services. We often work with the West Coast Marine unit as their eyes in the sky to spot vessels of interest. We do Search and Rescue from time to time, our aircraft is especially helpful for lost kayaker or vessel in distress. Our main client is Coastal Police. They police the North Coast of BC with their boats. Going to Klemtu is a seven-hour boat ride from Prince Rupert, but with our aircraft it takes one hour. We are often responding to calls with them. We also support other provincial service such as the Conservation Service when they need to access remote locations.

We also assist remote locations as well. The area we support is very large from Atlin to Bella Bella. This spans ¾ of the entire length of BC. Most of these small detachments have limited resources, and specialized units are based in Prince Rupert or Terrace, so when Ident Services or a Police Service Dog is needed, flying is essential to cut down on time.

Public and police safety will always be at the forefront of how policing operations are carried out in Canada. E Division Air Services is an essential to ensure that our policing services are adequately supported to deliver exceptional services in some of the most remote areas of Canada, said Superintendent Stephen Cocks, the Officer in Charge of Specialized Investigative and Operational Techniques. With the continued development of tactical aviation capabilities, British Columbia Air Services is expanding their service delivery model to better support first responders and ensure safe outcomes in the daily duties they are required to perform.

RCMP Air Services has an exceptional pedigree in the Force and remains an integral part of RCMP operations. Congratulations RCMP Air Services on your monumental 85 years of service to Canada, we are very proud of you, please keep up the great work, says Assistance Commissioner Will Ng, Criminal Operations Officer, Federal, Investigative Services and Organized Crime.

In the 85 years since the inception of RCMP Air Services, policing has evolved significantly. Air Services has become a crucial component of policing making it is easier to have a bird’s eye view as incidents unfold, or accessing rural crime scenes in order to have an investigational advantage. In BC, without Air Services, the RCMP would encounter challenges and delays. This program is vital lifeline for policing in British Columbia.