BC dark web fentanyl linked to US Navy deaths

A BC man was indicted on federal charges in the U.S. for allegedly operating an international dark web drug and money laundering criminal organization linked to the opioid overdose deaths of two U.S. Navy servicemen.

In 2017, BC RCMP Federal Serious and Organized Crime (FSOC) launched a joint transnational organized crime investigation into an alleged international dark web drug trafficking vendor named Canada1. Through the course of the investigation, the vendor was connected to Thomas Michael Federuik of West Vancouver, and Paul Anthony Nicholls of Surrey, United Kingdom.

During a U.S. investigation into two separate fentanyl overdose deaths of U.S. Navy servicemen, American authorities discovered packaging material allegedly linking the deadly fentanyl to Canada1. The toxic fentanyl shipped from Canada to the two U.S. Navy petty officers in Kingsland, Georgia has been attributed to their deaths.

Based on a report by the Public Health Agency of Canada, there was a total of 26,690 apparent opioid toxicity deaths between January 2016 and September 2021. The report further noted that the majority of deaths occurred in British Columbia, Alberta, and Ontario, with the toxicity of supply continuing to be a major driver of the crisis. The Centers for Disease Control and Prevention (CDC) also reported an estimated 75,673 opioid overdose related deaths in the US during 2021 alone.

After linking Canada1 to a West Vancouver residence, BC RCMP FSOC officers were able to intercept several packages that were being shipped by Canada1, and determined their content to be fentanyl.

In March 2018, BC RCMP FSOC investigators arrested Federuik and Nicholls at a West Vancouver residence, and seized a large quantity of fentanyl. Investigators also discovered mail tracking slips that coincided with the fentanyl packaging material found by U.S. authorities. Having overstayed his visa, Nicholls was immediately deported to the U.K. while the investigation continued.

Since the most serious offences had taken place in the United States, it was determined that the U.S. Attorney’s Office would take on the prosecution for this case, and pursue the extradition of Federuik and Nicholls to stand trial in the Southern District of Georgia.

On May 24, 2022, BC RCMP FSOC arrested Federuik on a provisional arrest warrant, while Nicholls was simultaneously arrested in the United Kingdom.

The U.S. indictment alleges that Federuik and Nicholls conspired to import drugs from China and Hungary, while using the business names East Van Eco Tours, and Bridge City Consulting LLP, to distribute the drugs across the U.S. The indictment further alleges that the fentanyl packaged by the two suspects was shipped from Canada to Georgia, leading to the overdose deaths of the two U.S. servicemen. Federuik and Nicholls are currently awaiting extradition proceedings to appear in court in the Southern District of Georgia, U.S.

Every single life claimed by the toxic opioid crisis leaves an untold number of loved ones in perpetual grief and anguish. We share their pain, and remain steadfast in our commitment to protecting communities within and beyond our borders from the deadly pipeline of toxic opioids. said Superintendent Richard Bergevin, Officer in Charge of BC RCMP Federal Policing – FSOC Major Projects.

As the dark web continues to harbour toxic opioid traffickers, the BC RCMP FSOC Cybercrime Operations Group also continues to relentlessly pursue and dismantle toxic drug pipelines that operate within the digital maze of anonymity. Should you become aware of, and wish to anonymously report similar criminal activities, please contact Crimestoppers by phone at 1-800-222-TIPS (8477), or visit www.solvecrime.ca. 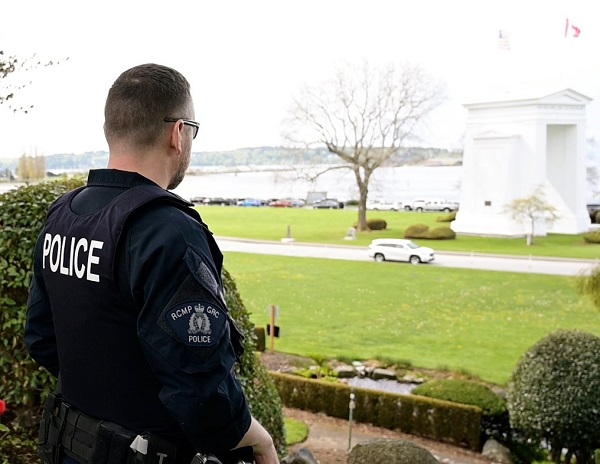