B.C. Lower Mainland District, Police Dog Services, This Is Who We Are

Judging by the photo, we’re pretty sure if Police Service Dog (PSD) Garner could talk, he’d be saying, it is NOT my last shift. 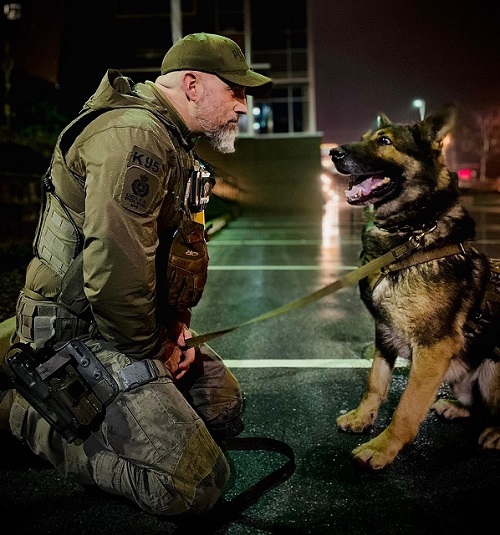 But, on January 11, 2022, the legendary member of the RCMP’s Lower Mainland Integrated Police Dog Service (IPDS), hung-up his harness for the last time after nearly six years on the job.

Following completion of training in Innisfail Alberta, PSD Garner and his handler Constable Chris Cottrill, a Delta Police officer seconded to the integrated team, embarked on a memorable career protecting and serving the nearly two million residents who live in the Lower Mainland.

Known for his thunderous bark, (and handsome face) Garner’s drive and desire to work was unmatched. Out of the countless calls for service they attended together, their partnership resulted in 246 successful apprehensions.

Included in those captures was the tracking and locating of three homicide suspects in two separate events that were happening in real time.

Notably, Garner’s largest single bust was $2 million worth of narcotics being smuggled across the border into Canada. It was a bust that Garner was especially proud of as you can see by the photo of him smiling and posing with the stash of illegal contraband. 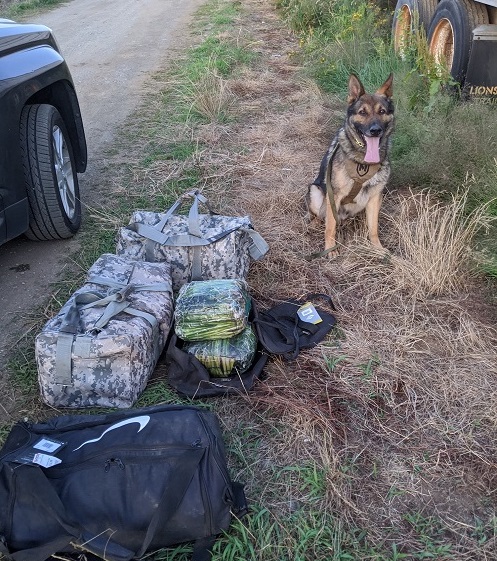 Throughout this six-year partnership, the team’s work lead to multiple charges and convictions in numerous major cases in communities all around the Lower Mainland including his home police agency of Delta.

In addition to serving the Lower Mainland, Garner and Cst. Cottrill also had the opportunity to work with the Lower Mainland Integrated Emergency Response Team (IERT). The pair attended several high-risk calls in the cities they worked and in special call-outs throughout the province.

Garner was beyond fearless in protecting his handler and anyone else in danger, and courageously saved his handler’s life on several occasions.

Whether he was whining out of excitement or spinning to get out of the truck to chase the bad guys, Garner’s energy and presence will be greatly missed by his colleagues on the IPDS team. His retirement will no doubt be filled with a lot of well-deserved rest and his favourite pastimes of two-ball (playing fetch with two balls—by the time he brings the ball to his handler’s feet, another ball is already airborne) and swimming.

Garner is looking forward to a happy and healthy retirement with his handler’s family. His handler will begin training with a new dog in the near future.