Richmond RCMP Economic Crime Unit has identified a series of frauds that took place in Richmond where the suspects allegedly attempted to sell fake gold and jewelry under the guise of needing financial assistance. 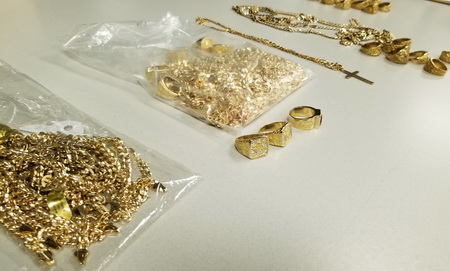 There were four incidents in a 4-day period in Richmond and one in Langley. While a number of the victims turned down the suspects, in one case a victim was allegedly defrauded of $ 2500.00.

This modus operandi resurfaces periodically in Richmond and across the lower mainland, says Corporal Adriana O’Malley, Richmond RCMP Media Relations Officer, The fact is these fraudsters use various tactics, including playing to peoples’ emotions, including by bringing children with them. We can’t stress enough if someone approaches you on the street offering to sell you gold or jewelry, regardless of their explanation, say no.

If you are approached, Richmond RCMP recommend that you immediately walk-away and when it’s safe to do so, report the incident to the police of jurisdiction.

In at least one case in Richmond, the attempted fraud was not reported to police. Reporting these types of incidents, even attempted frauds, to police is important. This allows police to attend and investigate these occurrences. This includes utilizing a variety of investigative techniques in an attempt to identify the individual(s) involved. It is also important as it can assist police in determining motive as well as potential crime trends.

Richmond RCMP encourage all victims of fraud to come forward and report these incidents to the police of jurisdiction.