A vessel check by a BC RCMP Federal Shiprider crew led to a multi-agency response resulting in seizures, fines and an arrest on a felony warrant out of the US.

On June 23, 2021, the crew of an RCMP Shiprider vessel was patrolling the Canada-US marine border in the Haro and Juan De Fuca Strait. Shiprider has been actively engaged in protecting Canada’s border during the current COVID-19 pandemic, enforcing the Quarantine Act when applicable, while continuing their enforcement of the Customs Act. The crew encountered and boarded a 54-foot custom fishing vessel approximately 2 nautical miles from the border near Moresby Island. The captain and three occupants were apparently traveling from Seattle to Alaska to fish.

Shiprider directed the vessel to Bedwell Harbour for inspection by the Canada Border Services Agency. During the examination, border services officers discovered undeclared prohibited firearms and parts as well as unrestricted firearms. One individual was determined to have a felony warrant out of the US for drug-related charges. 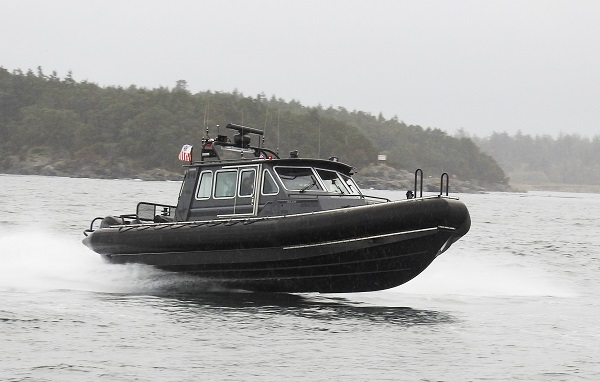 This investigation demonstrates the coordination and cooperation between Canadian and American law enforcement agencies to disrupt cross-border criminality, said Supt. Bert Ferreira, Officer in Charge of BC RCMP Federal Serious & Organized Crime - Border Integrity Program. The Shiprider program is an important part of our border integrity strategic plan and I’m continually impressed with the great work our crews have been doing towards that end.

The prohibited firearms and parts were seized while the unrestricted firearms were returned once the subjects paid $4200.00 in fines under the Customs Act. The crew were allowed to withdraw their application to enter Canada and subsequently returned to the United States. Shiprider escorted the vessel back to US waters where it was intercepted by American authorities who subsequently arrested the man on his outstanding warrant.

The Shiprider program partners the RCMP with the US Coast Guard in a modern, innovative solution to targeting cross border criminality, along with other criminal activities on shared waterways. This Federal program also works with other Canadian agencies, such as the CBSA, to investigate criminal activity and to promote maritime safety.