There were no planned or scheduled enforcements of the BC Supreme Court injunction order in the Fairy Creek Watershed area on Sunday June 20, 2021. Therefore, no persons were arrested.

Today, on June 21, 2021, police enforcement continued at an encampment area near Port Renfrew, where officers have been primarily focussing their efforts for the past several days.

During the course of the day, 6 individuals were arrested for breaching the injunction (civil contempt of court) after they were removed from various locking and tripod devices. Once again, specially trained officers were used to safely remove the individuals from the devices, with more concerns being noted by police around the unsafe and dangerous situations the protesters are placing themselves in. Safety equipment, such as hard hats, face shields and ear protection, are also place on individuals during removals.

When individuals are arrested the officers do medical assessments on site prior to being removed from their locking or tripod devices, after being removed, prior to transport and again at the detachment. There have been no complaints or reports of any injuries for any of the arrests that have taken place since enforcement began on May 17, 2021. 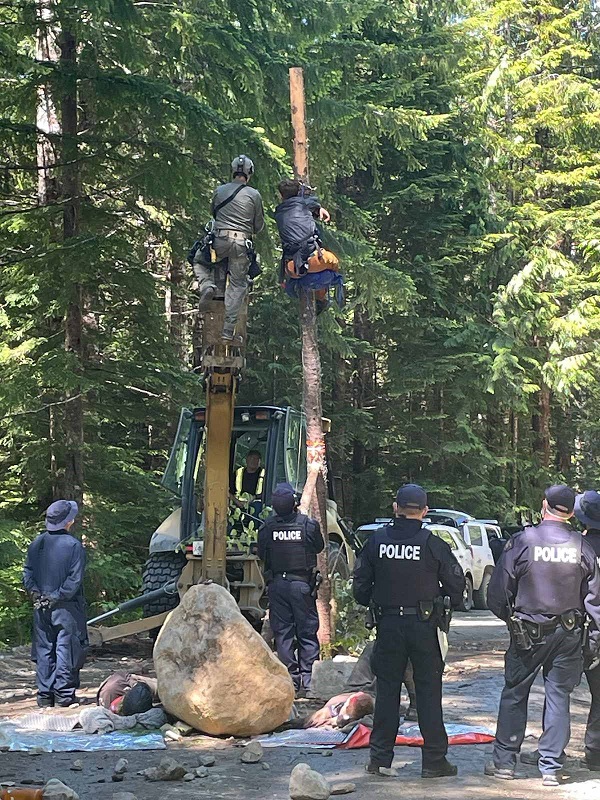 Larger image of individual on a monopod structure. 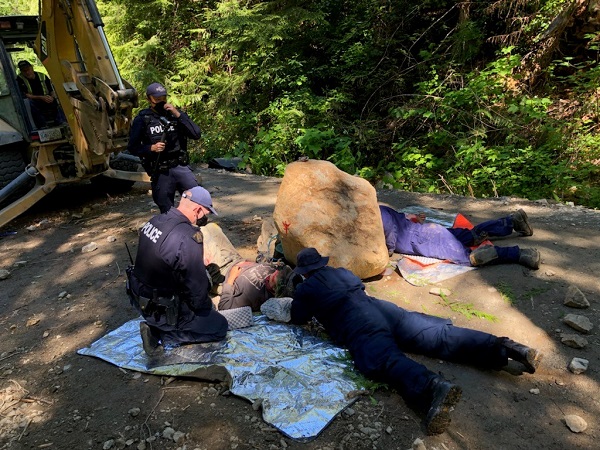 Larger image of individual in a locking device on the ground next to a boulder. 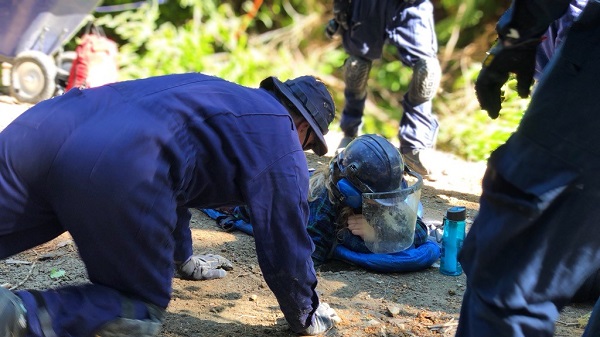 Larger image of safety equipment placed on an individual while being removed from a locking device in the ground. 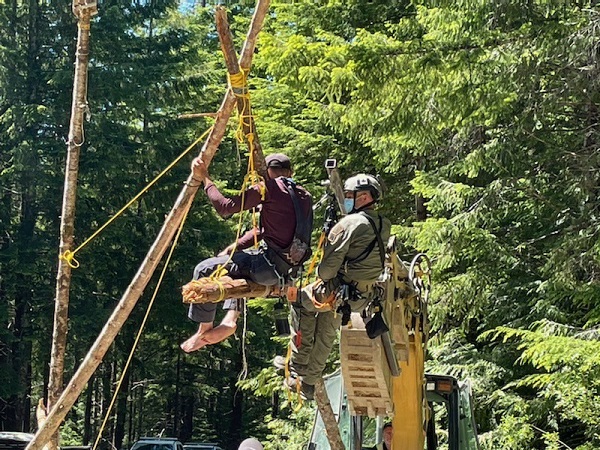 Larger image of individual being removed from an unstable tripod structure.

All arrested persons were processed at the Lake Cowichan RCMP Detachment.

There were also 3 individuals who were not removed today from their locking devices. After officers assessed the devices, they were determined to be non-permanent fixtures and those individuals are able to free themselves voluntarily. A re-assessment will be made tomorrow or in subsequent days.

A review of arrest numbers was completed today. Since enforcement began, the RCMP have now arrested 260 individuals; at least 10 of whom were previously arrested. Of the 260 total arrested, 208 were for breaching the injunction (civil contempt of court), 46 were for obstruction, 4 were for mischief, 1 for counselling to resist arrest and 1 for assaulting a police officer.