Today, on June 16, 2021, police enforcement continued at an encampment area near Port Renfrew, where officers have been primarily focussing their efforts for the past several days. During the course of the day, 4 individuals were arrested for breaching the injunction (civil contempt of court), after they were removed from various locking devices. 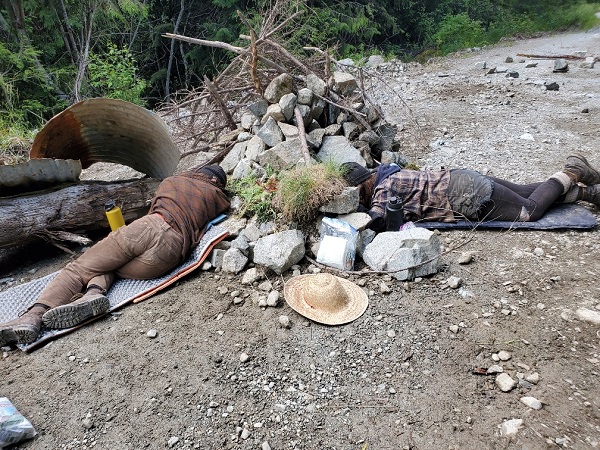 Larger image: Two individuals on the roadway, surrounded by rocks, with their arms attached to locking devices in the ground 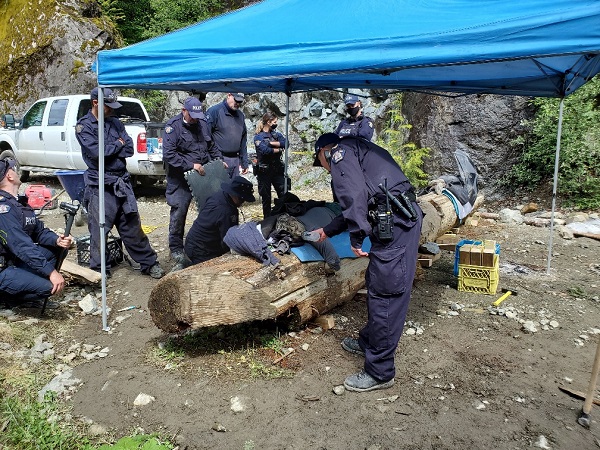 Larger image: Individual on a log with his arm attached to a locking device inside the log

Around mid-day, while enforcement was underway, an individual protesting at an access control point suffered what police believed to be a mild seizure. An ambulance on stand by was able to provide assistance to the individual for what was determined to be a pre-existing medical condition, and was transported to hospital for further assessment.

All arrested persons were processed at the Lake Cowichan RCMP Detachment.

Since enforcement began, the RCMP have now arrested 238 individuals; at least 10 of whom were previously arrested. Of the 238 total arrested, 191 were for breaching the injunction (civil contempt of court), 42 were for obstruction, 4 were for mischief, and 1 for counselling to resist arrest.