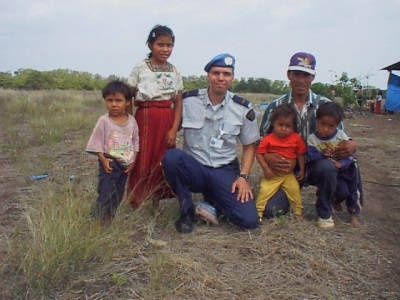 Insp. Maure grew up in Montreal and dreamt of a career in policing that ultimately came to fruition. Starting his career with the Surrey RCMP in 1989, his passion for public safety eventually led him to volunteer for a UN Mission in Guatemala in 1999. This mission provided Insp. Maure with an incredible experience that most of us will never be able understand and remains one of his most rewarding deployments within the RCMP. A decade later, Insp. Maure would follow up his UN Mission with another tour abroad as the Police Liaison Officer in the Dominican Republic. There, he would continue to build relationships in the international policing community.

Insp. Maure gives us some insight into his time in Guatemala as a part of a UN Peacekeeping mission, having documented his experience, and those of other fellow officers, in his book, Leading at the Edge: True Tales from the Canadian Police in Peacebuilding and Peacekeeping Missions Around the World. 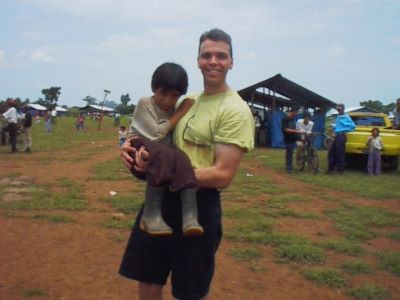 International peacekeeping operations are a vital piece in keeping Canadians safe, says Insp. Maure. The work we do overseas and abroad helps to stabilize and modernize the global community in positive ways that benefit us here at home. My book, through the stories of police officers’ experiences, shows how the RCMP and Canadian police have positively influenced developing democracies over the past 30-plus years.

His book takes its title to heart and transports the reader to new and fledgling democracies through the stories of the police officers who experienced them. These stories encompass United Nations Missions to Namibia, Croatia (Yugoslavia), Guatemala, Kosovo, East Timor, Sudan, and Haiti as well as a Special Court Mission in Sierra Leone, European Police Mission in Jerusalem, and the International Security Assistance Force in Afghanistan. The majority of the current and former colleagues interviewed for this book worked in BC for at least part of their career.

Bringing peace and quality policing to developing countries takes a tremendous amount of work and years of effort but the cause is well worth it. Many people will often fear the police due to their histories with violent or corrupt regimes. Earning back their trust takes time and energy, but can be expedited by policing with honesty, integrity, professionalism, compassion, accountability and respect. These core values are the basis for what make the RCMP so renowned and respected around the world, says Insp. Maure. 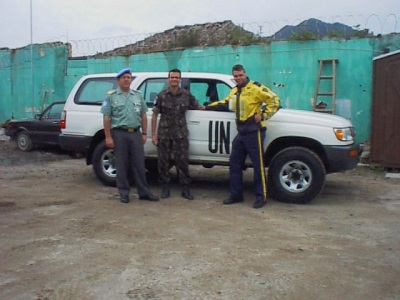 Insp. Maure dedicated his book to his dear friends and colleagues, Superintendent Doug Coates and Sergeant Mark Gallagher, who tragically lost their lives while deployed on the UN Mission to Haiti when an earthquake devastated the island nation in 2010. Their contributions to our country, and the world, continue to inspire others today.

Leading at the Edge by Insp. Ben Maure is available for purchase online or at your local bookstore. It is also available for digital download at themountieshop.ca. Proceeds of the sales of the e-book via The Mountie Shop will be distributed to the RCMP Foundation to contribute to the Foundation’s many charitable programs. 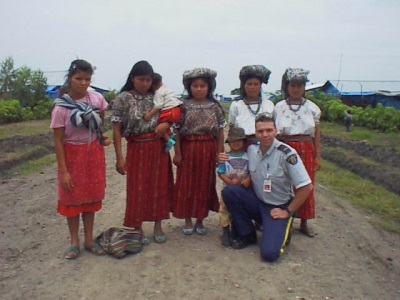