Police Week 2021 – Working together to keep our communities safe

Welcome to Police week! Originally created in 1970, Police Week gives police agencies across the country a chance to connect with our communities, raise awareness about what police do, and to build on some of the tremendous relationships that we have with the communities we serve.

Each day this week the BC RCMP will be providing details on an actual file to show how internal units and our partners come together on a routine basis to help solve crime. Links will be included to the units involved in stages of the investigation to help people learn about some of the specialized training and skills that police officers utilize. Please note that the photos that will be shared throughout the week are not affiliated to the file that we are highlighting.

After a consultation with the hospital it was determined that the victim did not survive their injuries and the Integrated Homicide Investigation Team was called in.

After IHIT was contacted an investigative team, along with a civilian analyst and disclosure officers were sent to the scene which was being held by officers from the local detachment. By the end of the day two suspects had been identified and IHIT, along with E Division Media Relations, issued a news release with photos.

Putting it all together

Within 24 hours of identifying the two suspects Investigators were able to establish a history between the victim and suspects and a potential motive.

This investigative information led to four more scenes of relevance being identified. Additional resources from across the lower mainland were engaged to help secure them, and the Lower Mainland Emergency Response Team was called in to assist in clearing two of them. 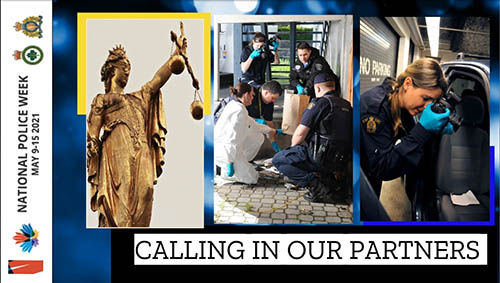 Calling in our partners

After identifying the suspects investigators contact BC Prosecution Service.

And sadly, next of kin notifications were conducted in the lower mainland and on Vancouver Island.

In an effort to locate the suspects multiple surveillance teams were activated. On the morning of July 15 one of the suspects was spotted in downtown Chilliwack.

So with the suspects in custody does the police work stop? Not yet.

Charges of second degree murder were approved against one suspect and manslaughter against the second and were provided by IHIT, the E Division Interview Team, and the UFVRD officers. In addition police coordinated interviews begin.

Support for these interviews resources are shifted to support disclosure of the investigation and witness management.

On July 19, based on the information gathered during the investigation, and from the numerous interviews and witness statements, the murder weapon was recovered.

A total of 122 exhibits require processing and numerous items were submitted to the RCMP National Forensic Laboratory for biological and toxicology analysis.

In February 2017, the lawyer for the suspect charged with Manslaughter came forward to say that their client wanted to cooperate.

This development had the potential to greatly enhance the prosecution efforts, and the assessment process began which involved numerous stages of approval.

Eventually the suspect provided information which was not previously known and they were granted limited immunity.

The suspect charge with second degree murder eventually pled guilty to manslaughter and in September, 2018 was sentenced to 14 years in jail.

Working together to solve a crime

So what did it take to solve a murder where suspects were identified and arrested two days later?

A total of 356 individual investigative tasks were completed, 34 witness interviews were conducted, nine sites were searched and five search warrants were conducted.

Internally, highly specialized units will work together to collect evidence and provide operational and investigative support all with the goal of working together to keep our communities safe.