No, you can’t keep the bear cub or the stolen property

On June 9, 2020 Hudson Hope RCMP attended a residence on Ferrell Creek to arrest a man for dangerous driving and theft. Upon arrival, the officers observed several stolen items related to a number of thefts in the area as well as a caged black bear cub. A warrant for the property was sought and executed with the assistance of BC Conservation Service.

The search of the residence and property resulted in a number of illegally stored/stolen firearms, tools, seven stolen vehicles including pick up trucks, ATV’s, motorcycles, medical gear and various other items.

The bear cub was seized by the BC Conservation Service and was transported to a wildlife sanctuary. 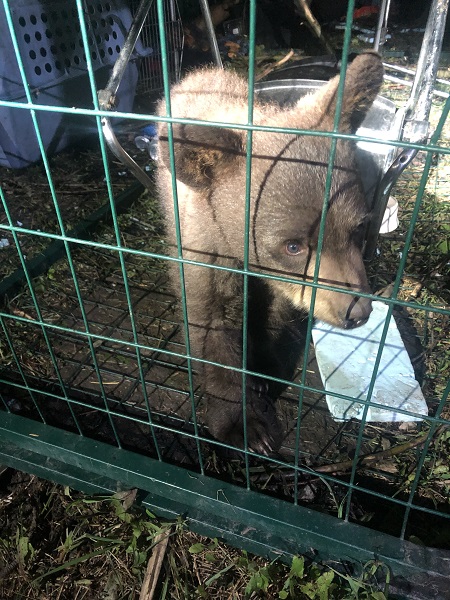 A great initial investigation done by the Hudson’s Hope RCMP officers, followed up by the support of the Fort St John Police Dog Services, North District General Investigation Section, Forensic Identification Services, officers from neighbouring detachments and the BC Conservation Services, which lead to the seizure and soon to be returned stolen property worth thousands of dollars. Further, the safe recovery of a small bear cub stated Cpl Rob Gardner, Hudson’s Hope RCMP Detachment Commander.

25-year-old Justin Thibault is in custody pending a bail hearing and is facing a laundry list of firearms and possession of stolen property charges, as well as dangerous operation of a vehicle, break and enter and a wildlife charges. A 29-year-old woman was also arrested was released with a future court date.