The Chilliwack RCMP are currently investigating a robbery that occurred on August 25th at a liquor store in downtown Chilliwack.

On August 25, 2019 just after 9:00 pm, Chilliwack RCMP front line officers responded to a report of a robbery at a private liquor store in the 45000 block of Yale Road. A lone male entered the business, produced what appeared to be a firearm, and demanded money. The male fled with an undisclosed amount of money.
The suspect is described as a male, in his 40s or 50s, with large ears, greyish hair, and a dark coloured mustache. The suspect was wearing a ball cap with lettering on it, dark sunglasses, a black jacket, slim fit jeans and black running shoes with white soles. He was carrying a light grey or khaki re-usable bag with black handles and white writing. 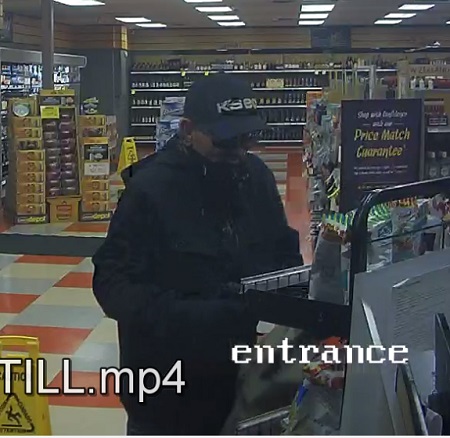