The investigation into the double homicide of 23-year-old Lucas Fowler and 24-year-old Chynna Deese continues to progress. Investigators from the North District Major Crime and the BC RCMP Major Crime Units are continuing their efforts. We can now confirm that Chynna and Lucas were the victims of gun violence and the 1986 blue Chevrolet van with Alberta licence plates was owned by Lucas Fowler and was being used by the couple to explore northern BC. 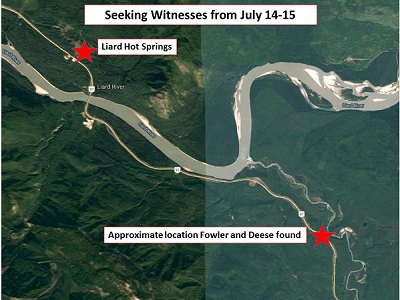 Investigators are working through a number of tips and tasks, including interviews with individuals who saw or spoke with the couple, analyzing forensic and digital evidence along with reviewing hours of CCTV and dashcam video footage. The number and types of specialized services and investigators continues to fluctuate based on investigative needs.

Today, we are asking for public assistance in identifying a man whom investigators wish to speak with. The man, seen in this composite sketch, was seen speaking with Lucas on Highway 97 on the evening of Sunday July 14, 2019. He is described as:

The man may be associated to an older model Jeep Cherokee with a black stripe on the hood and a black light/bull bar with small, covered lights. He is believed to have been travelling southbound. 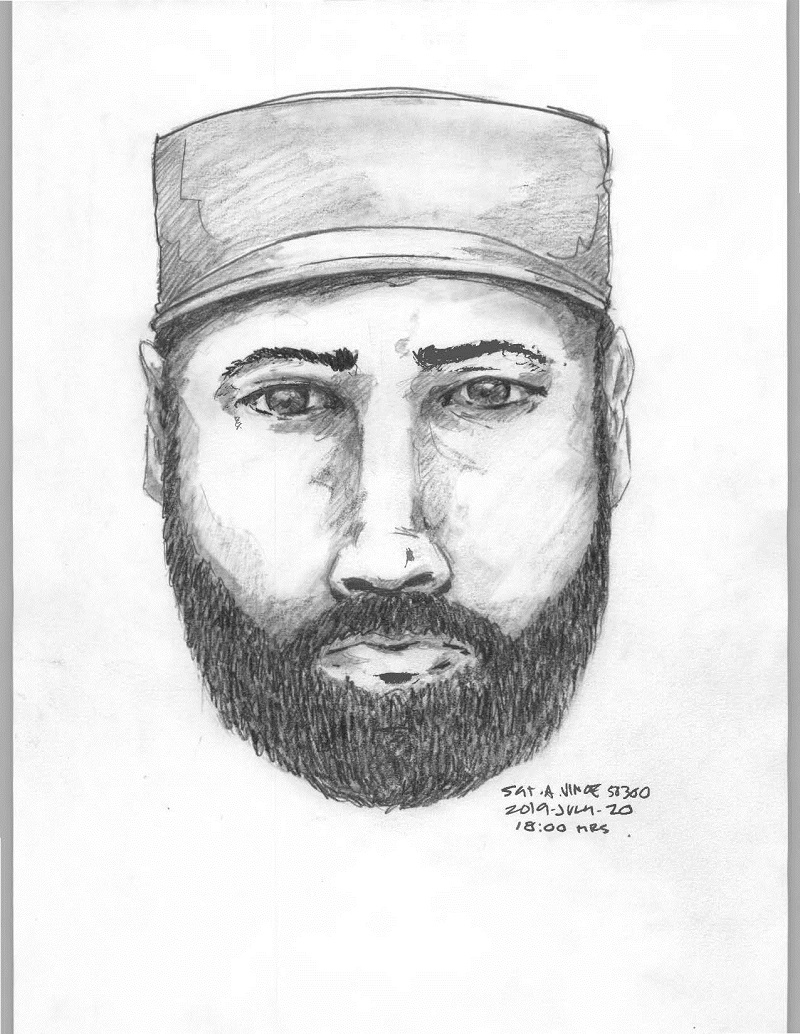 In addition to the composite sketch, we are also releasing video footage taken at a gas station in Fort Nelson on July 13, 2019. The surveillance footage shows the couple arriving in Lucas’ van at 7:30 p.m. and departing the gas station at 7:47 p.m. All materials will be available on our website following this media availability.

Please visit the links below to that video surveillance

The Fowler family have arrived in BC and have been meeting with police over the past few days. The Deese family continue to receive regular updates and currently have no plans to travel to British Columbia. The BC Coroners Service is also investigating these deaths and will not be providing any further updates. The Fowler family has graciously agreed to join us here this afternoon and will be available to provide some brief comments in a few minutes.

Police are once again appealing to the public to come forward and speak with investigators about any interactions, conversations or observations involving Lucas and Chynna, or their travels in the blue van. We have seen many accounts on social and mainstream media from people who have information relating to Chynna and Lucas. It is imperative that before you give details to anyone else that you contact our investigators to provide the first account.

If you have any information relating to the man in the composite sketch, Chynna and Lucas deaths or the blue van they were driving and have not already spoken to police, we ask that you call the Major Crime Tipline at 1-800-543-4822 or 778-290-5291.

We have two major investigations underway within northern BC. We are mindful that it is an area that will see seasonal travellers and campers from abroad, as well as motorists and businesses moving between BC, Alberta, the Northwest Territories, the Yukon Territory and Alaska.
We are asking those people who may have been in the area during the times we have listed, and may have seen anything or have dashcam video, to please call our Tipline.

With respect to public safety, we share the concerns being raised given the tragic and unusual nature of the two investigations we have underway. We would like to stress the importance of heightened vigilance and awareness for anyone travelling in the area. We encourage people to camp in known or established locations. In addition, general safety precautions continue to apply: make sure family or friends are aware of your travel plans, establish check-in times to provide updates and make sure that if your plans change you let someone know.