Everyday police officers go to work trying to prepare for the unknown. They never know what call they will be dispatched to or what public interactions they will have. Police officers, and First Responders in general, deal with unique situations that many people could not fathom in their lifetime.

Corporal Nigel Blake’s policing career started in 1999 and like many, he wanted to join the Royal Canadian Mounted Police (RCMP) for the opportunity to help others, to defend those who can’t defend themselves, he says.

Nigel has been in many different roles in the RCMP and even went to Afghanistan in 2011 and 2012. There, he a met Superintendent colleague who introduced him to Wounded Warriors Canada (WWC) and their annual Battlefield Bike Ride that raises funds for the Veteran and First Responder trauma-related programs of WWC. To support the Superintendent, Nigel decided to do his first ride in 2015 to help raise money to help other First Responders who may be struggling with post-traumatic work-related stress.

Nigel has seen and witnessed many tragic events and as police work goes, officers often just carry-on not really noticing the accumulative effects of operational stress injuries. It wasn’t until Nigel realized the impact it was having on his personal life that he began to understand how much these traumatic incidents were affecting him. He would be irritated over things he normally wouldn’t be, he would have trouble sleeping and couldn’t sleep through the night. He wasn’t feeling motivated in life or wanting to be very social with others as well as several other symptoms that aligned with Post-Traumatic Stress Disorder (PTSD). After seeking help, he was professionally diagnosed with PTSD. He found the diagnosis helpful to then be able to understand what he was going through with his various feelings, symptoms and triggers.

After another traumatic incident in 2017, Nigel’s PTSD was so significantly triggered he was off work for six months. He was scared that he would not be able to return to work. He then received a phone call from his colleague, Corporal Peter Hamming checking in on him since Nigel was off work. They started discussing the WWC Trauma Resiliency Program. Learning more about it they both wanted to participate. Later that year, Corporal Nigel Blake and Corporal Peter Hamming began Phase 1 of the program, which focused on learning and understanding operational stress injuries and learning skills to practice in a group setting with continuous coaching.

Scott Maxwell, Executive Director of Wounded Warriors Canada, commented, Our Trauma Resiliency Program focuses on the value of hard work and the importance of peer recognition in transforming wounds into scars and scars into a road-map for resiliency. What’s more, the fact that First Responders like Nigel are not only seeing vastly improved wellness but are returning to work leaves our team extremely pleased with the impact we are witnessing. This is the type of life-changing programs that our Battlefield Bike Ride participants are helping make possible.

Nigel and Peter began Phase 2 of the program in 2018. This phase focused on advanced recovery training which teaches higher level skills to deal with more advanced trauma recovery.

This is one of the most life changing programs I have ever experienced. It taught me skillsets to understand the effects of trauma exposure and gave me tools to help deal with triggers and become resilient, true to its name, said Nigel. 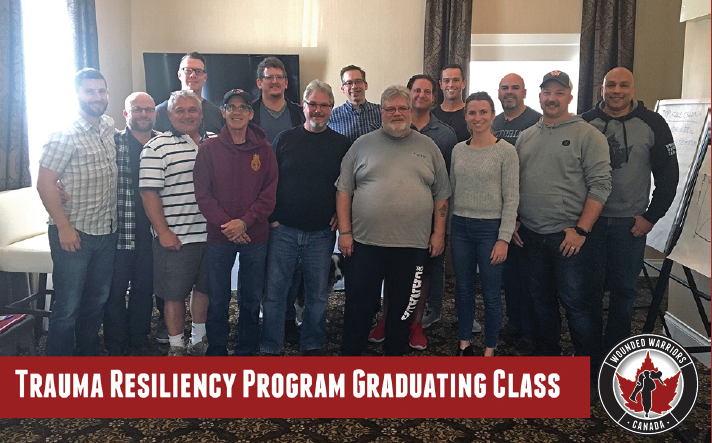 Following my absence from work, I was scared I wouldn’t be able to return to police work and that hugely impacted me mentally. I love my job and I wanted to continue. After completing this program, I was back at work a week later. That is how significant this clinical program is and I’m forever thankful for how this turned my life around, Nigel adds.

Being so grateful for the positive impact of the program on his life, Nigel wanted to give back in some way to show gratitude. That is when both him and Peter decided to participate in the 2019 Battlefield Bike Ride starting in Dieppe, France on May 31 and ending in Normandy on June 6, 2019, the 75th anniversary of D-Day. 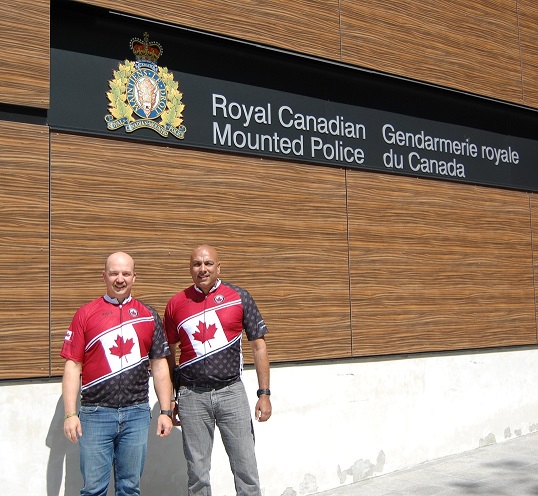 In an effort to raise money for Wounded Warriors Canada, to give back so other First Responders have an opportunity to partake in the Trauma Resiliency Program, Nigel and Peter will ride 669.2 kilometres over the course of the week, divided into legs to be completed each day. We encourage you to join us, as we partner with Wounded Warriors Canada in following 130 Canadians, including Nigel and Peter as they embark on this journey! 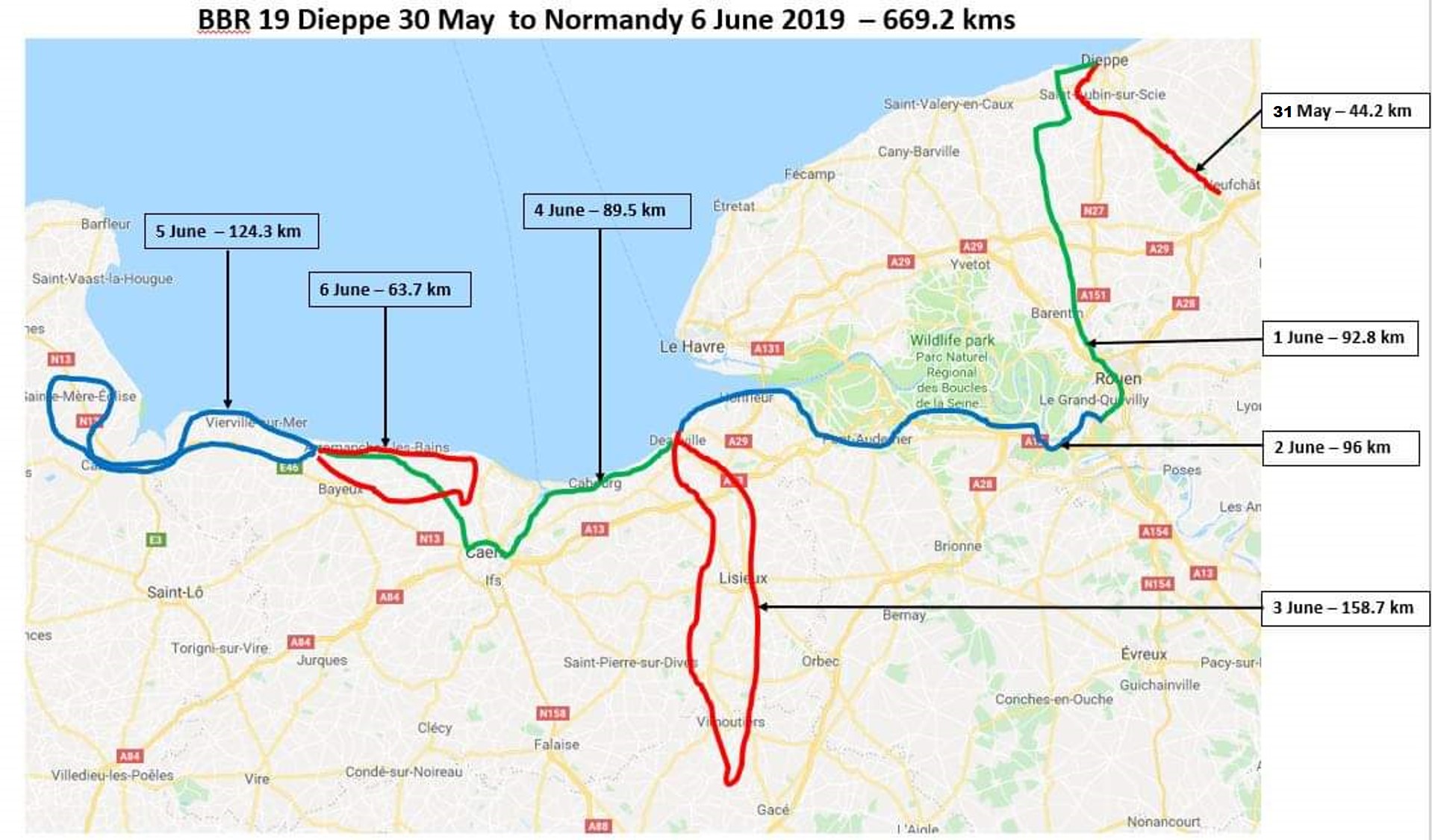