On February 4th, 2020 Canada Border Services Agency (CBSA) provided RCMP Federal Serious and Organized Crime (RCMP FSOC) information related to a shipment of cement bricks imported from Mexico. Bags of crystals, discovered inside the bricks were tested by Health Canada and confirmed to be methamphetamine.

Acting on this information RCMP FSOC commenced project EPuritan. This was a labour intensive investigation using various sensitive techniques over a period of weeks.

In late February, the contents of the shipping container were again moved to a warehouse in the 11500-block of 132A Street in Surrey, BC where it was being closely monitored by RCMP FSOC investigators. On February 25th, 2020 the investigators developed grounds to execute a warrant on the warehouse. Shortly after, four men ran from the business and were quickly arrested.

A total of 106 kilograms of methamphetamine and other evidence to support the charges were seized over the course of the investigation.

27-year-old Xavier Eduardo Hernandez Cedillo, 25-year-old Alan Jesus Hernandez Cedillo, 35-year-old Roberto Renteria Maldonado and 34-year-old Sergio Ivan Cota Garcia have been charged with one count each of Importation of a Controlled Substance (methamphetamine) and Possession of a Controlled Substance (methamphetamine) for the Purpose of Trafficking. All are citizens of Mexico and have been released pending their next court appearance on July 06, 2020.

Superintendent Richard Bergevin of the RCMP FSOC said This case is another excellent example of the cooperation between the RCMP and CBSA. The RCMP Federal Serious and Organized Crime units continue to target the transnational criminal organizations that traffic synthetic drugs into our communities. We are committed to keeping Canadians safe. 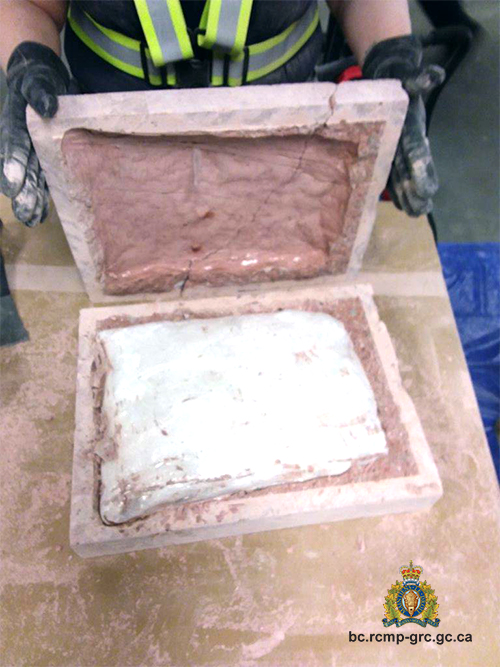 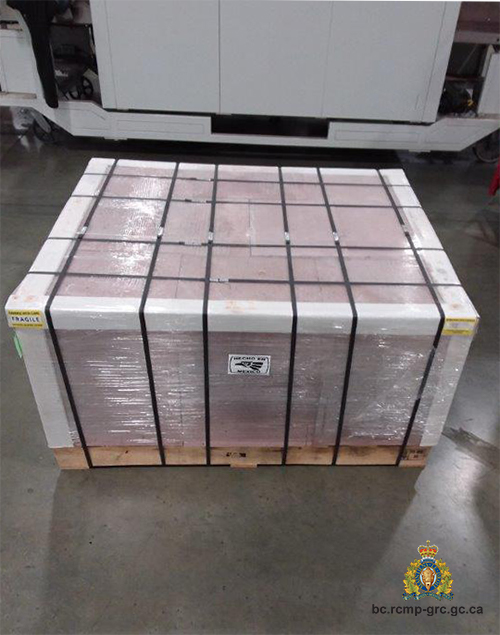