Update: Stolen vehicle and dog reunited with the owner 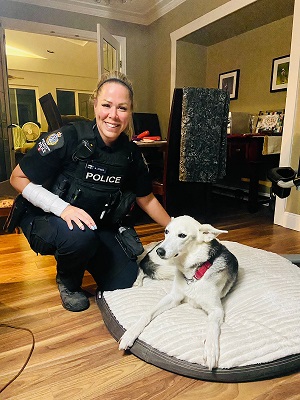 Mans best friend is returned home safely after being separated for five days.

On August 26, 2021, at 2:00 p.m., Coquitlam RCMP received a report of a stolen vehicle in the 500-block of Clarke Road, Coquitlam. The registered owner of the vehicle reported that his husky cross Kali was inside the vehicle.

The owner is very grateful to the public, Transit Police, and Coquitlam RCMP for getting his dog back. The family and all officers involved are happy that Kali is now safe at home and doing very well, says Cst. Deanna Law. Stories like this put a smile on everyone’s face.