Police continue to investigate the disappearance of man eight years ago

The Prince George RCMP’s Serious Crime Section continues to investigate the disappearance of Barry Blain Seymour more than eight years after he was last seen in Prince George.

Seymour, a 32 year old man from Fort Ware, B.C., was reported missing on May 26th, 2012. He came to Prince George with family members to attend his son’s birthday and opted to stay in the City for a few more days. He was staying at a local motel and was last seen on the evening of Wednesday May 23rd near the Sunrise Trailer Park on Lansdowne Road in Prince George.

The investigation has included an aerial search of the Fraser River between Prince George and Quesnel, a Fraser River shoreline search by boat, a Police Dog search of the area around Landsdowne Road, and an extensive ground search by the Prince George Search & Rescue Society. Officers have followed up on a number of leads and conducted many interviews. There is no evidence to indicate that Barry has been the victim of foul play.

Barry Blain Seymour is described as: 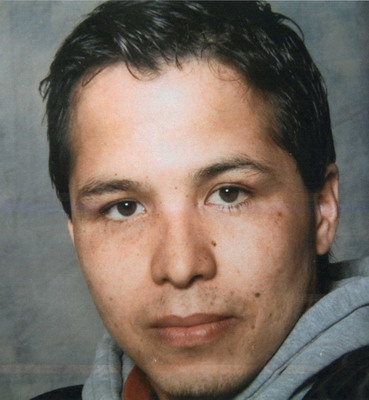 Like all our missing person investigations, we would all like to locate Barry and determine what happened to him states Prince George RCMP spokesperson, Cpl. Craig Douglass. We continue to have hope that he will be found and that someone will come forward with information that will further the investigation.

The Prince George RCMP are requesting the public’s help in locating Barry Blain Seymour. Anyone that may have seen Barry or knows where he might be, is asked to please contact the Prince George RCMP at (250)561-3300 or anonymously contact Crime Stoppers at 1(800)222-8477 or online at www.pgcrimestoppers.bc.ca (English only).