In the early morning hours of July 25, 2022, the Langley RCMP responded to multiple shootings in the Township of Langley and City of Langley where a total of four people were shot. Two victims died at scene. One woman remains in critical condition and the other man has non-life threatening injuries. The Integrated Homicide Investigation Team (IHIT) continues to investigate with the support of the Langley RCMP and the Integrated Forensic Identification Section (IFIS).

IHIT is looking to speak with anyone who may have contact with Jordan Daniel Goggin or know of his activities. Homicide investigators have determined that Goggin was wearing two different outfits during the time of the shooting and was driving a white Mazda 4-door sedan. To assist with the identification of witnesses and construction of a timeline, images of the white Mazda 4-door sedan and CCTV stills of Goggin are being released.

Goggin is described as Caucasian, 6’1 and 68 kg with light brown hair and slight goatee. Goggin was wearing a black t-shirt and board shorts. Goggin later changed into brown overalls and a camouflaged short-sleeve t-shirt. 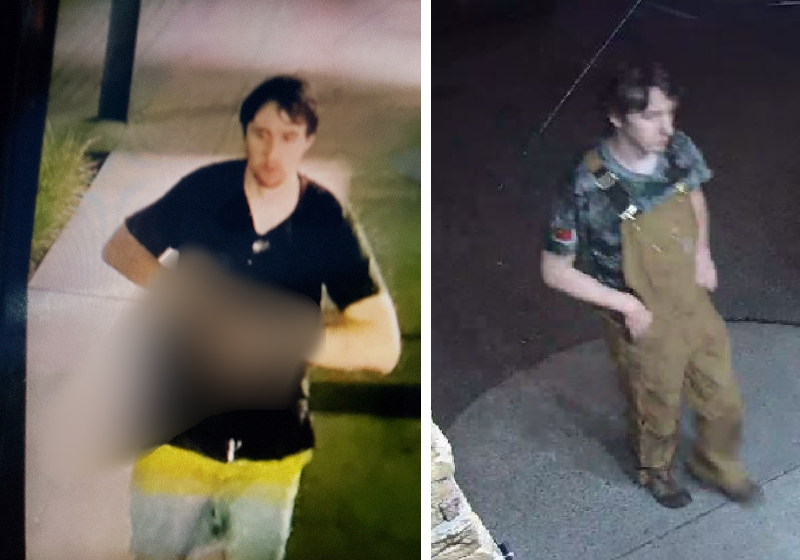 We are trying to identify additional witnesses to aid in victimology and assessing motive, said Sergeant David Lee of IHIT, there may be people out there who remember seeing Goggin, his Mazda, or may have even encountered him.

Homicide investigators are aware of one additional witness who has since been identified and determining if there are others.